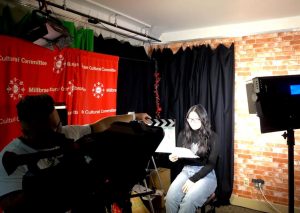 Millbrae Community Television is a nonprofit organization operating as a PEG media center or Public, Education and Government station. There are approximately 2,000 media centers across the country, many are the result of local governments collecting franchise fees from cable companies that operate within their boundaries.
This important telecommunication resource is administered for the public by a non-profit board of directors representing the community and funded in part by a small portion of the cable franchise agreements that cable companies have with the City of Millbrae. The Media Center allows local channels and the public to share resources and provide affordable access to telecast on local cable TV and online for non-local viewers.

MCTV currently manages local channel 27 for the City of Millbrae and provides government channel management and production services to the cities of San Mateo and Brisbane, as well as the SFO Community Roundtable.

It’s our mission and responsibility to be the bridge of encouragement; fostering civic engagement through community members to express their voice and vision for all residents, businesses, and grassroots organizations. Documenting and preserving the evolving local history to include diversity, representation, transparency, inclusionary, and leadership through the use of media.

Our vision is to grow our team and provide low-cost and or free media services to all local organizations and groups that represent and encompass every part of our diverse community to promote public participation and civic engagement.

If you have an interest in our vision to strengthen local media, please consider a gift in support of MCTV. 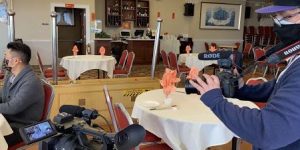 As a result of the Cable Television Act of 1984, Millbrae was granted a single broadcast camera for televising public meetings. After two years of bargaining, an agreement was reached between the City of Millbrae and the cable company, which agreed to provide $57,000 toward the equipment needed to start a community television station. One of the first cities in the region to adopt PEG, Millbrae had the means to broadcast live and videotape city events even if it didn’t have the know-how at the time.

Millbrae Community Television (MCTV) is born! As a fledgling nonprofit tasked with managing the PEG station, the organization first operated out of van, then a trailer and eventually moved to a 250-square foot office at City Hall, where a small staff with barely enough elbow room managed a robust station covering local and county affairs. At the same time, MCTV began expanding its professional services to other cities.

On our 10th anniversary, MCTV inaugurated live streaming over the internet and video on demand, years ahead of our neighboring cities.

MCTV became the first community station in San Mateo County to offer live video streaming to mobile phones and tablets, both iOS and Android. We have a fiber network that reaches out to our Recreation Center, Library, Taylor Middle and Mills High schools to provide LIVE streaming video and television, courtesy of our Comcast franchise agreement.

With generous support from the City of Millbrae, MCTV opened the North Peninsula Community 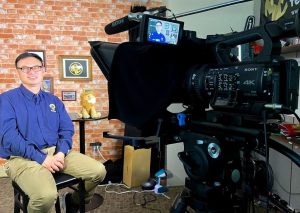 Media Center in a formerly unused space at City Hall. The Media Center embodies a vision developed nearly 20 years ago by Millbrae citizens for a space in which the community can learn, share and grow by telling their stories. MCTV knows everyone and every organization has a story to tell. It is our mission to help tell those stories to our community.

With a new leadership team in place and the support of new community partners, MCTV began 2020 with the top priority of expanding of our “Original Productions” department. 2020 however, and as we all know, had other plans. Like so many others, MCTV was faced with the need to pivot in order to meet our community needs. We adapted all our public meeting services to a remote teleconference format, and provided media services for a number of virtual events in the community, including the Millbrae Tree Lighting, MESD 5th & 8th grade car parade promotions, Black Lives Matter and anti-racism rallies, Lunar New Year celebrations, online fundraisers, a number of town hall meetings and even virtual groundbreaking and grand opening ceremonies. Thanks to our strong relationship with City Hall, we were able to utilize our media technology to help inform the public about important health-related news, keep residents connected during shelter-in-place orders and make sure citizens remained engaged in important milestones such as the 2020 Census and elections.

As we are still engaging in COVID protocols, access to our studio remains limited, but has also been re-imagined for safe socially-distanced productions. If you have an interest in volunteering or producing original content, please contact us.